From Inventing for the White House to 7 Software Patents 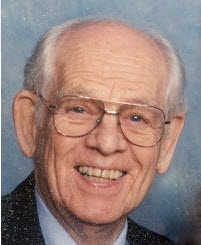 West High alumnus Robert Listou is finally ready, at the age of 97, to retire from a long and successful career that has resulted in seven software patents and a projector patent. His story starts with graduation from Madison West High School in 1941. He then attended the UW-Madison until World War II, when he enlisted in the Army Air Corp and served as a pilot for 21 different aircrafts and an instructor for the C-47. When his outfit was shipped to Europe for the invasion, Robert was instead sent elsewhere in the US to continue his instructing.

Robert completed his undergraduate degree in aeronautical engineering at the USAF Institute of Technology Thereafter, he spent many years in Research & Development (R&D) until being sent to Purdue, where he received his Master of Science degree in Industrial Management. Then more R&D until, as Colonel, he served in Hq, USAF. Robert retired from the Air Force in 1969 and joined two others to form McManis Associates - an organizational management consulting firm. He served as VP/COO and was instrumental in helping to grow the firm to 50+ employees before it was eventually acquired.

During his time with McManis Associates, Robert invented an issue tracking program for the White House. He took a public version with him into retirement and now has seven software patents that define computer-supported reasoning (CSR) - a radically new mind-centric analytic methodology for interactive visual discovery of meaningful relations in "things" in almost any field, i.e. objects, evidence items, people, events, whatever. Some functionalities of CSR are licensed to Amazon, Staples, Nordstrom and Travelocity, just to name a few.

Robert credits West High with giving him a great start to what became a very successful and fulfilling career, and was grateful to have had the chance to visit his alma mater a few years ago.