Emmerson Mirus: "I never thought I would be that fast" 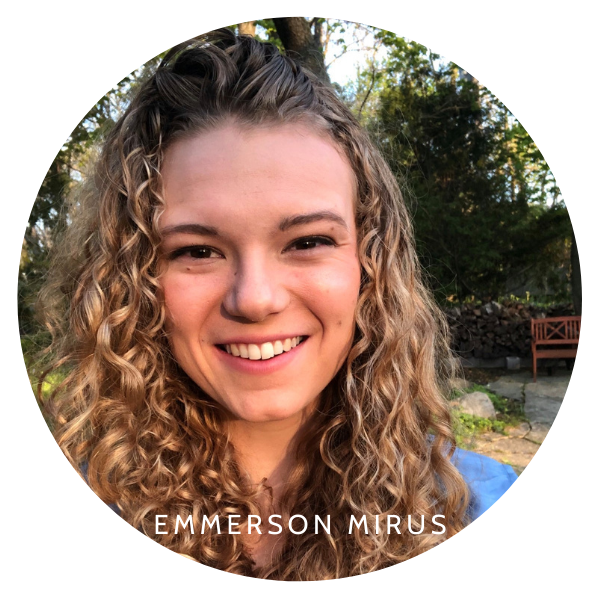 The early morning practices and countless laps Emmie Mirus churned out at Madison West High School’s aging pool has paid off for the Madison native.

"I never thought I would be that fast" says Emmie, recounting her lap time and 5th place finish in the state championship meet her senior year of high school that got her noticed by recruiters. Now Emmie crossed the final finish line of her swimming career at Kenyon College by setting three NCAA Division III records in relays with her teammates. Mirus also won the 100 yard freestyle.

“It was a picture perfect moment,” she recalls. “It was my team's first NCAA champion swim since 2009.”

Emmie received her bachelors in Sociology and Spanish from Kenyon College this spring and is preparing for Law school at UW- Madison in the fall. As she gets ready for this next step in her college career, she takes a step back to reflect on the impact West High’s swim team had on her and her peers.

Both Emmie and her two sisters, Sawyer and Skylar Mirus, have been swimming since a young age in their neighborhood pool, a privilege many of her less affluent peers did not have. Her family is working to help assure that all West High School students get a chance to enjoy the exercise, camaraderie and competition being on a swim team can bring regardless of their background.

“There are almost two Wests, one with affluent white students, and one with less affluent diverse students” says Mirus, pushing for diversity on the team that shaped her.

Back in November 2020, the Madison community voted in favor of the $317M Future Ready referenda package, which included $70M for Madison West High School.

The Mirus family is helping move efforts forward with a new pool at West. “My family reaches out to other families advocating for this pool. We are doing our best to make sure that the West swim team is a place where everyone feels welcome,” she says.

The pool isn’t just about an extreme West High makeover, it's about increasing access, Emmie says.

Currently, West High School's pool has six lanes meaning the team can only be so large. “When we have 50 girls try out, we can only take 36. Those who didn’t grow up swimming are not even getting a chance to swim on the team.”

Having a bigger pool means having a bigger team and providing more opportunities and diversifying the sport in a city NBCSports ranks as one of the top swimming cities in the U.S. But swimming here, like in much of the country, faces a strikingly large racial gap in participation. According to Livestrong, 80.76% of the swimmers in the U.S. are white, while making up only 60% of the U.S. population.

“I want West’s pool to be more accessible,” Emmie says. “Swimming is a very, very, white dominated sport and it isn’t like a lot of sports. For running you need shoes, for basketball there are hoops all over the city; if you want to swim competitively, you need pools all year round.”

Emmie's passion for Madison Public Schools was fueled by inspiring swim coaches, supportive teams, and teachers who believed in her to succeed at Kenyon and beyond.

“My kindergarten teacher from Van Hise Elementary (Theresa Miller) commented on my Facebook post when I graduated over the weekend,” Mirus said with a smile, “It felt great. I truly loved all my schools.”