80% of My Job is Motivating People 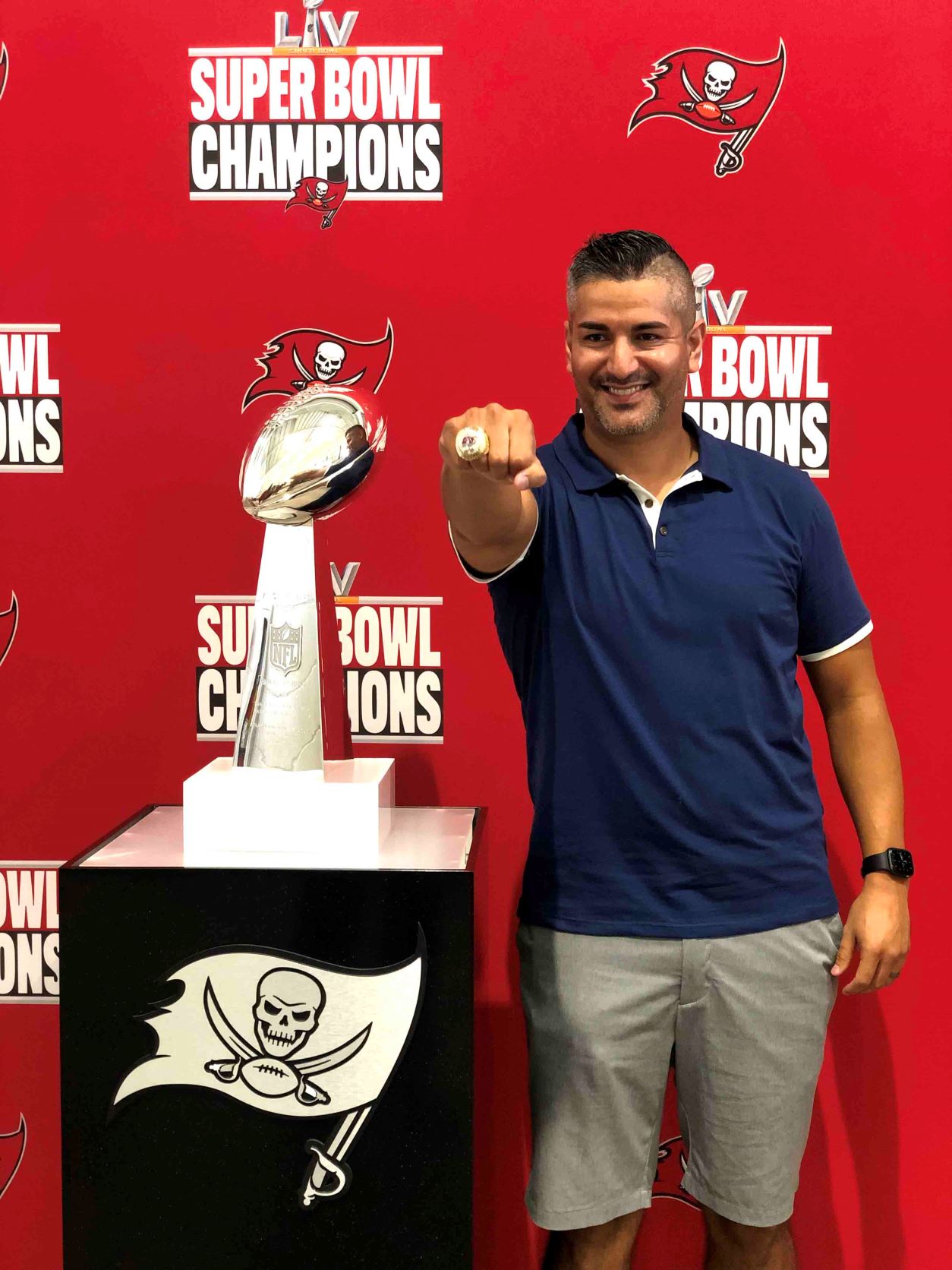 NBC15 featured Steve in a terrific story immediately after the Super Bowl win in February 2021. Over the summer I caught up with Steve, now a father of three children ages 4 to 11, to talk with him about growing up in Madison and how his Madison public school experience prepared him for future success. Steve spent his formative years in the Simpson Street neighborhood in a household that, from the very beginning, instilled in him an appreciation for and openness to different cultures. His father was a white Chicagoan of German descent while his mother was a Mexican-American hailing from Texas. To this day, Steve considers himself a “proud east sider” and points to the values he learned about hard work and the importance of family during his childhood.

Those life lessons and values were reinforced during Steve’s K12 experience in Madison public schools. When asked about favorite memories, Steve immediately mentioned Virginia Henderson, whom he described as “tough” but instrumental in his learning how to be a responsible person, someone who appreciated the importance of education. Mrs. Henderson emphasized that, when Steve didn’t do his very best, he was not only “letting his parents down but also letting himself down.” Steve was very happy about the renaming of Glendale Elementary School to the Virginia Henderson Elementary School.

While at Glendale and then La Follette High School, Steve continued to experience diversity and different cultures. Thanks to his Madison public school experience, Steve describes his comfort with people of wide-ranging backgrounds as “effortless now – I can be open in different settings and ‘walk in the shoes’ of different individuals.” That understanding and appreciation are critical to Steve’s success in the National Football League: “80% of my job is motivating a diverse team.”

When I asked Steve about messages to current La Follette students, he offered: “Understand your passion, then go for it – anything is possible – and, as you go through life, be authentic and lift others up.”